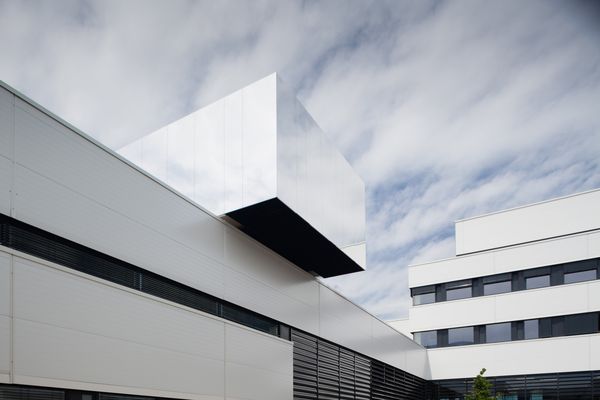 “the company building radiates the core values ​​of the hoerbiger company – efficiency, dynamism and openness. it is an object that makes no difference between production and office space, either viewed from the outside or the materiality used inside. it is all one. everything is open, simple and functional. there is "not a gram of fat". the building does not have an exaggerated symbolic effect – excessive drumming.”

the employees of hoerbiger and people from all over the world come together at the new location in vienna.

A lack of hierarchy, simplicity, efficiency and clarity represent the basic ideas of the design for a building with areas for production, offices as well as research and development. Head and hands belong together, so there is no external difference in the structural structure of production hall and office. it is all one. the same industrial façade, consisting of panels and ribbon windows, surrounds the entire structure and its cantilevers. these floating components bring the underlying public space far into their own property and underline the dynamic component of the company. the convergence of production and administration also continues inside. the qualities of the hall are brought into the office. that means: raw concrete, visible, open lines and no suspended ceilings.

there is "not a gram of fat". the industrial building requires neither cladding nor decorative layers. everything is open, simple and functional. every ornament arises from an aspect of functionality. the reduced structure enables efficient total costs and long-term flexibility. the production hall is made of steel with concrete supports. the rest of the building is a reinforced concrete frame construction.

openness and transparency run through the building. numerous views enable good orientation within the building and create a natural working environment. it's all about the people in production, in development and in the office being equal. open areas allow employees to interact.

the inner courtyard represents the core of the building and interlocks production and administration. from the ceo to the worker and the cleaning lady, everyone comes together here. the wind-protected area serves as a place to stay for guests and employees.

from the design to the finished detail, the building can be optimized like a machine. from the competition project to completion, rooms were continuously adapted or entire parts of the building changed, but also in the finished object, for example, gaps were deliberately left between the acoustic panels in order to be able to retrofit pipes and ventilation ducts. a machine for people is created. 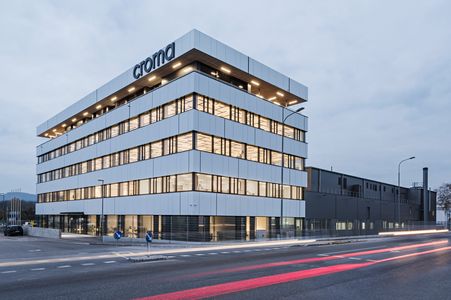 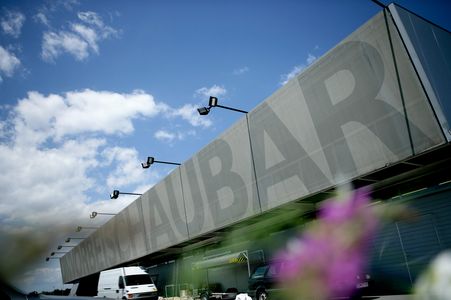 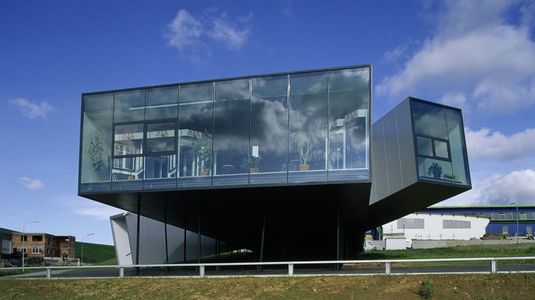